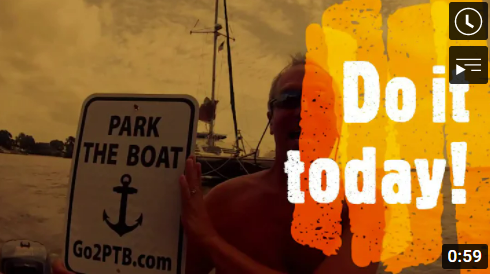 Published on by admin

Park The Boat Legacy Video. One of our first dock rentals in Florida

This innovative company was started in the state of Florida, in 2016 – 2017, by a wonderful couple who were dreaming up a big idea that would solve a problem for many boaters.  Todd and Lynn would spend a lot of time on their boat, meaning they needed to find places to stay when they ventured far from their homebase, or made plans for boating all weekend.  One such weekend they were in need of a place to anchor and we couldn’t find anything in the area where their friends were hosting a party.  They contacted a hotel in the area to ask for dock space but were denied.  They ventured out and took the boat up and down the water channels nearby.  This lead to meeting a woman at her dock who said they could come back and park the boat for a few hours. It was then that they had their “Ah-Ha moment”.  They said, “We need ‘Boatbnb’ – kind of like Airbnb”, which would match boat owners with dock owners, and thus began the brainstorming and problem solving, which lead to ParkTheBoat.com.

In 2019 a family from Texas discovered ParkTheBoat.com and traveled to meet them to talk about the business. One year later, in 2020 ParkTheBoat.com was purchased and is now expanding to new locations. We look forward to sharing more with you all in the future, and working with you to create more docking/mooring options for boaters.